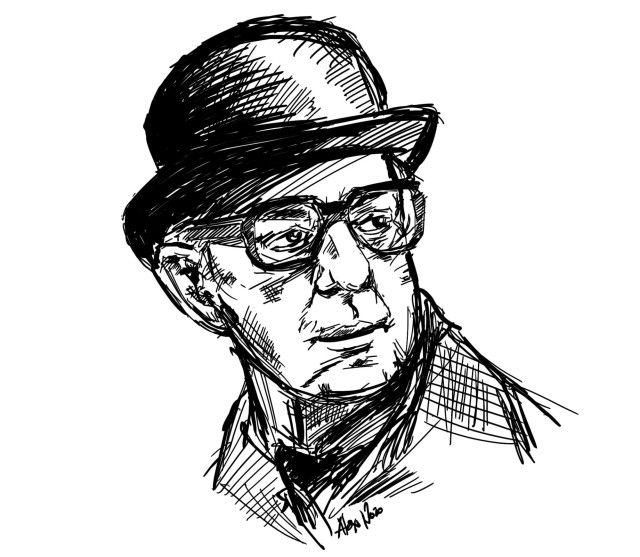 The Ukrainian State needs to get more serious about national cinema policy, and the  French government system is the one that most clearly offers lessons for the future.

As the 8th International Odessa Film Festival draws upon us in tandem with the publication of this latest edition of The Odessa Review, one can see all the red carpets, philanthropists, corporate sponsors and local volunteers undoubtedly producing yet another cultural masterpiece for the intelligentsia and ordinary viewer alike. Thus, this moment is as good as any other to take a closer look at the state policy for film production.

It is an incredibly important matter to a city that cares as deeply about history, that Odessa was once a major hub of Soviet film production. From a local perspective, how well placed is Odessa to recapture its former role as a center of world-wide film production? If the city is serious in intending to recapture that reputation and central role in cinematic production, it really needs to formulate a concerted state film policy.

Historically, the film industry in Odessa was subsidized by the Soviet authorities. While the end of the Soviet times is surely a boon to free speech, with the demise of the central authority, the subsidies that had been offered also disappeared. What is left is the unsatisfied requirement for a new state policy toward, at the very least, robustly supporting domestic film production. This need is heightened by the fact that the current policy toward Russian generated cinema is one of careful scrutiny and very often material rejection. There is a void to be filled with something other than cinematic imports from “friendly nations.” In order to build a national idea and a national consensus, Ukraine clearly needs to have a strong domestic film industry.

It can not be stated often enough that Ukrainian cinematography and film production is a necessary ingredient in shaping and consolidating national identity. Recently, the Ukrainian parliament passed a statute that prescribes that 75% of Ukrainian television broadcasting should be in the Ukrainian language. It would make sense that similar norms would be put into place for Ukrainian state backed film production, but in practice the films that get green lit for state assistance usually comply with that rubric. Although there are many State policies and funding streams across Europe relating to respective domestic film industries, it is France that offers a similar starting point in policy creation and a legislative framework. The French system  increasingly appears to be the direction which Ukraine should now pursue.

It should be remembered that France too, immediately after the Second World War, in an effort to reassert French culture and identity immediately began to walk down the regulatory and legislative path of language quotas for media broadcasting, cinematography and film production. In 1946, the French state created the Centre National de la Cinematographie. Despite the fact that the relative share of the culture budget has decreased in recent years relative to state spending, French television and film making remains a privileged area of intervention by the State.

Perhaps now, the issue for the French State relates less to consolidating cultural and national identity via statutory frameworks, but more to insuring complimentary relations between TV and cinema. Cinema brings with it pendulum swings in revenue via a tax on cinema tickets, whereas TV revenue comes from taxes on the broadcasters and video. Notwithstanding direct State subsidies, individual philanthropy, corporate sponsorship, and a small additional tax on TV broadcasters, it is legislatively required to be directed toward investment in independent cinema. The system makes sure that French cinema is not overwhelmed by cheap competition from Hollywood, and it crucially makes sure that good cinema gets made.

There is also very robust state support for both export of, and cooperation with distributors of the French cinematic product. The French policy, regardless of several tweaks along the way, is long standing and mature and it clearly works.

So while post-War French culture and identity policy offers a legislative and regulatory framework that has proven successful, Ukraine should be cautioned before attempting to emulate it wholesale. It is necessary to note that the consolidation of Ukrainian culture and identity via State policy, be it through cinematography and TV (or similar policies) is not only a long term aspiration but is also a policy that requires patriotism and not nationalism at its core. These are not interchangeable words that mean the same thing. Ukraine has had a series of successes in recent years with a few films that have garnered international prizes, and talented young film makers do live in the country, but they need serious support to continue expanding the industry.

Seeking to correct historical wrongs through film and TV is one thing, but to warp and reframe history, whitewashing inconvenient truths — is quite another. It therefore matters what is funded and what is not, and the Ukrainian state needs to be very careful to respect professional and liberal norms in appointing the experts who give out the money and decide which films will be made.

The question, as usual, is who will appoint the people who will make the final decisions. Issues surrounding the future of Ukrainian cinematography not only need to dovetail with other existing policy where there would be overlap, but with funding they also depend upon key individuals and their understanding and enactment of policy.

How much weight should be given to commercial returns vis a vis cultural and identity consolidation in the context of a serious relaunch of Ukrainian cinematography? Should funding be separated into cinematographic development, new talent, and commercial modes of film making?  Which should take priority? Would that change serve to make the professionalization of the Ukrainian cinematography industry sustainable? How is the future of Ukrainian cinematography to be actually conceptualized? How much is truly achievable in the current climate due to the political decision making that will inevitably lurk behind the clapperboard? One can only hope that these questions will be pondered during intermissions, dinners, and receptions by the intellectuals gathered during the 8th Odessa International Film Festival.

Nick Holmov is The Odessa Review’s policy columnist. He is a writer, and consultant specializing in Ukrainian politics, civil society, local governance and security affairs. He is the founder of the widely read Odessatalk blog.