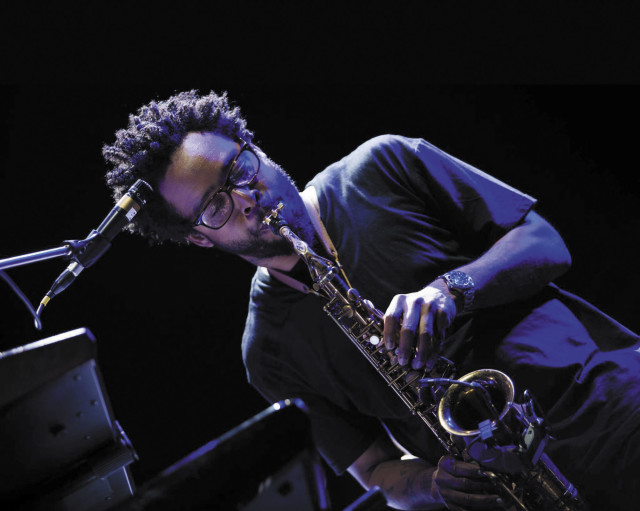 Exhausted, red-eyed, I run to jump on the 6:45 AM Intercity train right as the doors are about to slam shut in my face. I am Lvivbound, to attend my second Alfa Jazz Festival, which in the 6th year of its existence has become the city’s business card to the world and a must-stop for top jazz musicians. Walking past the dilapidated Austro-Hungarian era buildings on my way to a rental apartment, I am once again struck by how different Lviv is from my hometown of Donetsk. Even before the war, when I would travel around western Ukraine, I had a difficult time reconciling the fact that Eastern and Western parts are located in the same country.

My first choice of a modestly-priced centrally-located hotel was unavailable on short notice, since Alfa Jazz is to Lviv what Carnival is to Rio: prices for lodging rise threefold and most options get booked months in advance. According to the organizers, five to ten thousand fans attended the first festival in 2011, with the number steadily climbing to up to one hundred thousand this summer. Still, not all of those attendees, had purchased tickets to the main event: Eddie Rosner’s stage, which seats 3,000. In fact, one doesn’t have to buy tickets at all to enjoy jazz while in Lviv, which at this time turns into a veritable People’s Democratic Republic of Jazz, with music blaring from the fan zone near the main stage, 2 additional, free stages in the city center and amateur bands occupying squares and sidewalks, restaurants and cafes, into the wee hours.

And even for the main stage, the price of the cheapest seats are a mere 250 hrivna, making it surely the world’s biggest steal for an
event of this caliber. A handful of seats at the highest end of the register cost 5,000 however and are allocated for high-level government officials, their VIP guests and assorted celebrities. The democratic spirit therefore prevails even on the main stage: according to Festival director Natalia Gorbachevskaya, the idea is to “teach new-comers to love and respect the art of jazz, which includes by enforcing strict discipline of attendance.” That discipline is similar in severity to the New York Metropolitan Opera rule of barring entrance after the final curtain call, once the guitar’s string on the stage is first plucked, one has to wait by the red rope off to the side. I catch a glimpse of the billionaire Victor Pinchuk biding his time by the red rope.

As the festival has grown in visibility, prestige and numbers, it has also developed into Ukraine’s top destination for an assortment of socialites, social climbers, rumor-mongers and celebrity gawkers. And for a good reason: from year to year, the VIP zone has steadily grown and been overrun, having this year even branched off to a more exclusive, “VIP VIP” zone. In fact, as I learned to my great consternation, many attendees limit their habitat to merely roaming the VIP areas, treating the music in the background as just that. Among many others cited were: Ukraine’s numero uno rock crooner Slava Vakarchuk, EuroVision-winning singer Jamala, football player and coach Aleksey Mikhailichenko and Canadian Ambassador Roman Waschuk. Political figures were a bit scarcer this year though, whereas last year I bumped into the likes of Prosecutor General Yuri Lutsenko, Former administration head Boris Lozhkin and former Odessa governor Mikheil Saakashvili.

The legendary Herbie Hancock and his band played on the penultimate night of this 5-day musical bacchanal, the longest in its history. Conducting his team of virtuosos whilst simultaneously alternating between the keys of his piano and controls of the synthesizer, the gracefully aging Maestro dazzled, discombobulated and finally lost the audience with his constant swerves into the syncopated and the abstract a few moments after each seemingly familiar and comfortable pattern.

Afterward, all the men in the audience are awe-struck by the raspy, earthy voice of MaIIorca-born Spanish-American singer Concha Buika. Pedro Almodovar’s muse plays having composed the soundtrack for her “The Skin I Live In.” Likewise, the female fans are sent into a swoon by the Israeli Contrabas-player Avishai Cohen sensual handing of his instrument. 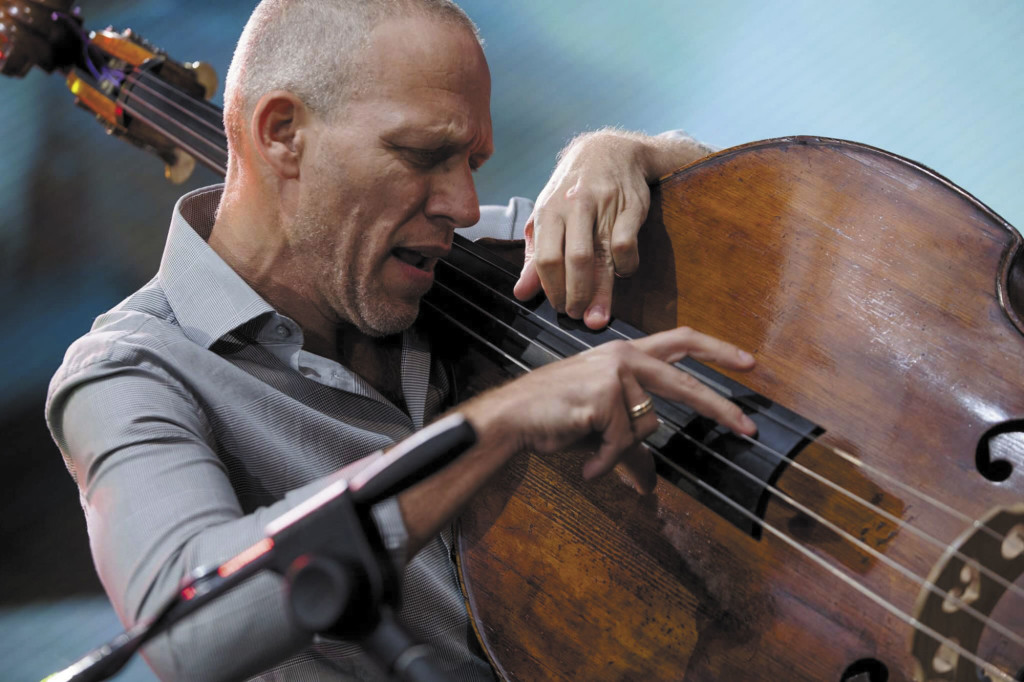 The festival’s crowd-pleaser however was the venerable Afro-Cuban master Chucho Valdez, who received the Festival’s annual Golden Lion award from the hands of Lviv Mayor Andrii Sadovy. I do not know if this is at least partly attributable to the romantic legacy of Soviet revolutionary clients such Fidel and Che, but personally I have always found post-Soviets, including Ukrainians, to be partial to the specifically Cuban and more generally Latin sound.

The Festival has been enthusiastically embraced by Lviv’s Mayor, as an unalloyed good for the city, yet not all the locals are happy. The festival’s main sponsor, Mikhail Fridman has caused some controversy lately. Born in Lviv and trained as a musician, Fridman moved to Russia as a young man, where he has grown a business empire around the the core of his Alfa Bank, becoming one of the world’s richest men. A local TV anchor confided to me that certain nationalist critics are unhappy that the main sponsor hails from a neighboring country that has been waging undeclared war on Ukraine. This fact may at least partially account for the fact that, by next year’s installment, Alfa Jazz will have shed the “Alfa” in its name and been reincarnated as the Leopolis Jazz Festival. Fridman is expected to remain one of its main sponsors however, with the expectation that its pool will be diversified and broadened.

Still despite the coming changes, I personally have become a rabid fan of the festival, and as the same grand Austro-Hungarian edifices whirl by me, in the early morning light of my ride back to the train station, I am hopeful and optimistic that should the world keep on spinning on its axis, I shall return next year.

Peter Zalmayev is the director of the Eurasia Democracy Initiative, a board member of the American Jewish Committee, and International Outreach Coordinator for the Babyn Yyamar Project, Ukrainian-Jewish Encounter.