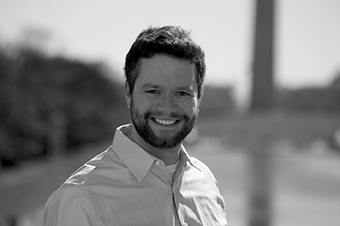 Contrary to popular belief, Ukrainians are turning the tide in their fight for democracy. This article first appeared in Foreign Policy magazine.

If you believe — as I do — that democracy is humanity’s best hope, these are discouraging times. China, the world’s next superpower, thinks it’s found a different path forward. The liberal nations of Europe and North America are gnawed by self-doubt, beset by problems of their own making. Moreover, they now regard their past enthusiasm for nurturing new democracies in the world’s unlikeliest places with an air of embarrassment. In fact, in recent decades, democracy promotion has nearly disappeared from the higher echelons of U.S. foreign policymaking.

But there’s one country that, through its example, offers hope — and some crucial lessons. That country is Ukraine.

I fully realize how unlikely this sounds. Having won its independence from Moscow 25 years ago, the country spent most of them sinking into oligarchy and stagnation. Its first major effort to move forward — 2004’s Orange Revolution — ended in abject failure: The corrupt system swallowed it whole. The Euromaidan revolution of two years ago began more hopefully. But it too, has disappointed in many ways. A panel of experts who were recently asked whether the country had “turned the corner” gave discouragingly ambiguous answers.

Nevertheless, Ukraine’s experience gives us reason to take heart. Despite its many political shortcomings, the country has changed. More precisely, it is the Ukrainian people that have changed. And coming to understand the nature of that change — where it came from and what it can do — helps train our focus on the one thing that makes genuine democracy possible: the slow, painstaking growth of democratic human capital. It is this factor, above all others, that has made the difference in Ukraine — and can do so elsewhere in the years ahead.

Nurturing that capital is so important precisely because the limits of revolutions like the Euromaidan are so glaring. Though Ukrainians managed to topple their strongman President Viktor Yanukovych and many of his enforcers, the “deep state” — the mass of corrupt officials who run the country at the whims of its oligarchs — survived. That’s why the reforms of the last two years have just barely limped along, each tentative step forward provoking a fierce counter-reaction. There’s a fresh, Western-trained new police force, but its powers are useless in the face of the crooked courts. There’s an independent new anti-corruption agency, but it’s locked in fierce battle with the hugely powerful and utterly unreformed prosecutors’ office, which is trying to check its every step.

But if this is all you see in today’s Ukraine, you’re missing the most important part of the story — what’s happening underneath. Like every other post-Soviet republic, the country endured decades of authoritarian Communist rule before gaining its independence. Having eradicated private property and individual initiative, the Soviets rendered the country’s population atomized and politically passive. Lacking the social ties and mental models long taken for granted in the West, Ukrainians have, thus far, been unable to breathe life into the country’s shaky democratic structures.

But — due in large part to its growing contacts with the West — Ukrainian society has not been standing still. Viktor Kompaneyets, a gruff Kiev-based technology investor, first noticed it during a March snowstorm that crippled the region in 2013. As he tells it, Ukrainians reacted dramatically differently than Russians. Both countries’ capitals were hit equally hard, but while dozens in Moscow froze in the snow, residents of Kiev were largely spared — a fact he attributes to strangers helping strangers. “From isolated groups that have no common interests, suddenly, out of nowhere, when the government wasn’t doing anything, the people themselves decided to solve their problem,” he remembers. “That’s when it became clear to me that something had fundamentally changed.”

The Euromaidan brought this latent force out into the open. “We’re definitely living in a different country,” says Kompaneyets. “I can’t say it’s easier or simpler. But there’s some kind of almost spiritual change. If you have a question, you don’t hide it inside yourself. You have a community to which you can turn.”

Svitlana Zalishchuk, a young journalist and activist elected to parliament after the revolution, describes it a little differently. “One of the main shifts [since the Euromaidan],” she says, “is the relationship between the government and society. It’s become more horizontal. The idea of accountability has become normal.”

This all has immediate political consequences. Even before the Euromaidan, Ukraine’s civil society — nurtured by grants, exchange programs, and other contacts with the West — was known for its vigor. In the new Ukraine, independent journalists, civic groups, and non-profit organizations have played a heroic role in pushing the government to fulfill its promises in the face of bureaucratic and oligarchic resistance.

One of the most striking examples is the Reanimation Package of Reforms (RPR), a remarkable civic organization that unites dozens of independent groups. It was founded in the days after the Euromaidan to redirect activists’ revolutionary energy from the streets into the halls of parliament.

Thanks to now-overwhelming public pressure to address corruption, eight political parties signed statements of support for RPR’s “roadmap of reform,” which covers 24 distinct areas, from energy policy to the media. Five of these parties ended up making it into parliament after the revolution — and when they formed a governing coalition, they incorporated many of the RPR’s priorities into the text of their official agreement. Olena Halushka, RPR’s manager of foreign affairs, says that more than 70 members of parliament regularly cooperate with the group, and its website lists 82 bills from its agenda that have been adopted into law.

Of course, that commitment has often been spotty, and some of the bills are worth more on paper than in reality. But consider what’s been accomplished. Naftogaz, the notoriously crooked gas company that was bleeding the state dry, is now posting a profit. The state railroad company, now headed by a Polish crisis manger, has turned the corner and is now also making money. The National Anti-Corruption Bureau, an independent new agency, is doggedly pursuing corrupt officials. And the beginnings of decentralization have returned more tax revenue to local communities, enabling cities across the country to invest in new infrastructure, from roads and buses to hospitals and kindergartens.

All this demonstrates how far Ukraine’s civil society has come since the failed Orange Revolution. Back then, says Zalishchuk, “we elected [pro-reformist President] Yushchenko, and then we went back to our kitchens and folded our hands. That’s why the revolution didn’t work.” But ten years later, after the Euromaidan, she says, “we [now] understood that electing a new government would not be the end of the story. Changes happen when bottom-up meets top-down.”

The indispensable role Ukraine’s civil society has played in making the Euromaidan count is the most important lesson the country can teach aspiring democrats. Real democracy — democracy that’s more than just a hollow institutional shell — can’t be built quickly. It takes years of deliberate effort for enough of a democratic mindset to develop among enough people.

But it’s not hard to see where the resources for building this mindset can come from. It’s striking how many of Ukraine’s young politicians have spent time in the West. Svitlana Zalishchuk, Sergii Leshchenko, and Mustafa Nayyem, three of the most active parliamentary reformers, were all fellows at Stanford University’s Center on Democracy, Development, and Rule of Law. Olena Sotnik, a lawyer on the Maidan and now a leading parliamentary voice for judicial reform, attended a school run by the Council of Europe to train future leaders in transitional countries. Oleh Berezyuk, the leader of the pro-European Samopomich party in parliament, trained and worked as a biologist in Chicago. There are thousands of others.

The West also has another crucial role — that of pressing the government directly. James Brooke, a former New York Times journalist who is so bullish on Ukraine that he’s just moved to Kiev to open a new business magazine, says that international involvement after the Euromaidan has been much more forceful than in 2004. “We’re hip to your tricks,” he says, describing the attitude of the European Union, the IMF, and other international partners towards Ukraine’s political establishment. By making financial assistance and other goodies, such as visa liberalization, conditional on real change, these institutions have made it impossible for the government not to deliver.

This is a widely held view among Ukrainians. Zalishchuk maintains that 70 percent of what’s been accomplished so far has only been possible thanks to international pressure. Sergii Leshchenko, another pro-reform legislator (and a muckraking anti-corruption journalist), agrees, arguing that the only way successful reforms are possible in Ukraine is if international assistance depends on their realization. “I can say it as an insider,” he says. “It works.” Both Zalishchuk and Leshchenko emphasized that the West must be even tougher as the oligarchs dig in.

But international pressure, even in tandem with civil society, will only get you so far. The most important and difficult changes — such as revamping the justice system and defanging the oligarchs — can only happen with a critical mass of support in parliament and in the key ministries. For now, Ukraine isn’t even close. Leshchenko says that only about 10 percent of his fellow legislators are real reformers.

That’s a battle Ukrainians will have to fight. But we in the West should make sure we’re providing meaningful, sustained, long-term assistance along the lines of what we already know to work. Exchange programs such as Open World and the International Visitor Leadership Program have introduced hundreds of Ukrainians to American democracy. Funding for such programs — which are relatively cheap and which also benefit Americans who gain exposure to different perspectives — should be doubled and tripled, with a special emphasis on Ukraine. Universities should be encouraged (and, where appropriate, assisted financially) to host Ukrainian students, fellows, and academics.

And the process of getting temporary American visas — currently a major barrier for anyone outside the elite — should be made as easy, painless, and as cheap as possible. As we’ve seen, developing the democratic mindset that undergirds meaningful change takes years. The sooner we ramp up our outreach, the sooner we’ll see it pay off. In the meantime, Western pressure on Ukraine’s government to enact reforms should remain relentless.

The geopolitical implications of a democratic Ukraine are huge — this is an opportunity not to be missed. With its large, Russian-speaking population and its strategic location, a Ukraine that — in five or 10 years — is considerably more democratic and successful could begin to show the Russians just across the border that another way is possible. Zalishchuk is sure of this. “I think that a democratic Russia could never happen without a democratic Ukraine,” she says. Going further, she describes Ukraine as “a model for the reformation of all the post-Soviet countries.” All the more reason we’ve got to start now — and to get it right.

Ilya Lozovsky is assistant editor of Democracy Lab. Prior to joining Foreign Policy, he worked as Program Officer for Eurasia at Freedom House.