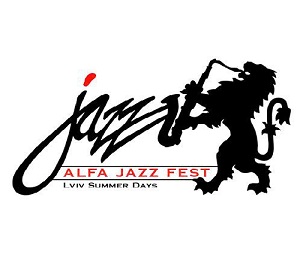 The Alfa Jazz Festival in Lviv has become not only one of the most significant open-air events, but also one of the most important jazz events in Europe and around the world. Over the 7 years of its existence, many leading contemporary jazz stars have performed on the festival’s three different stages: Pat Metheny, Branford Marsalis, Esperanza Spalding, Wayne Shorter, George Benson, Avishai Cohen, Al Di Meola, Charlie Haden, Cassandra Wilson, John McLaughlin, Ron Carter and many other musicians of the same cosmic level. Since its inception in 2011 the festival has set a fantastic bar, which it improves upon every year. Wayne Shorter, for example, no longer gives concerts, limiting himself to rare performances at festivals. He was very interested in Ukraine, so we saw him in Lviv in 2014.

The same year, renowned bluesman Lucky Peterson appeared on the main stage as a headliner. While on stage, he said that he had not wanted to go to the festival, because he had to finish an album at the same time, but as soon as he found out that the festival was taking place in Ukraine, in the midst of Russian aggression, the choice was obvious: an unhappy country with war-weary people – he had to go, to give people a celebration! And he gave one indeed, his performance was spectacular. And of course, one must not forget to credit theorganizers of the festival, who gave Ukrainian jazz fans a few days of musical extravaganza.

This year the main headliners of the festival were Herbie Hancock (this was his second visit to the festival), the Chick Corea Electric Band, and the fusion jazz classics group Yellowjackets. There were also young jazz stars – Gregory Porter, and China Moses. In fact, this is key to the festival – to call not only jazz classics, but also relatively young performers. The three main stars (Herbie Hancock, Chick Corea, Yellowjackets), brought their own American sound engineer. The rest were satisfied with Ukrainian engineers, who are competitive locally, but aren’t necessarily able evoke jazz music in all its nuance and subtlety. The sound is very sensitive. Overall, the audience was happy. Everything sounded good enough. However, the professionals wrinkled their noses: Gregory Porter did not sound quite right, China Moses did not light up the stage, and was constantly looking at the monitors and gesturing to people behind the panel.

The Lviv concert was the first one in Herbie Hancock’s small tour, announced for this year. The tourwill end at the jazz festival in Monterey in mid-September, where he will be joined by Chick Corea. But it just so happened that they both met in Lviv. Herbie and Chick couldn’t help but pamperthe Ukrainian audience with an improvised exclusive, during which Corea came on stage to play with his longtime associate. It was magical.

Another exclusive concert in Lviv was given by the Mare Nostrum project, which includes trumpeter Paolo Fresu, accordionist Richard Galliano and pianist Jan Lundgren. The day before the concert Paolo Fresu got into a car accident, but flew in anyway. At the same time, at a concert in Copenhagen, Jan Lundgren had to be carried straight from the venue after a heart attack. He also wanted to fly but his doctor forbade it. As a result, only Paolo Fresu and Richard Galliano arrived.The first thing Galliano did was buy a sheet music book and write all day. So the audience did not hear rehearsed and flawlessly played material, but something much rarer, divine even. The trumpet-accordion duo sounded so strong and convincing that it was not clear what a pianist would have added.

The headlining concerts of the festival are held on the main stage, named after Eddie Rosner. But, during the festival, all Lviv has been living jazz since the morning. Free concerts start at 12 pm on the Potocki Palace courtyard stage. After dinner, more concerts begin on a free stage in the Market Square (in the very heart of Lviv). And free doesn’t mean lower quality, real masters like the Dirty Dozen Brass Band, Get The Blessing, and the Poles GrooveKeepers have all performed on these stages.

The Potocki Palace was built in the late 19th century, designed by the French architect Ludwig de Verney. The three-storey building is made in the style of French classicism, with side wings, mansards, balustrades, stucco, consoled balconies and figured window frames. Now it is a museum. everything is beautiful, pompous, and objects of art are everywhere. During the festival, some of the palace’s rooms were used as a dressing room for the performers. Musicians from Get The Blessing later recalled that they had never had such a “royal dressing room”. Get the Blessing’s saxophonist, Jake McMurchie, ran into an old classmate who was now the saxophonist in the Polish project GrooveKeepers: they had been roommates in London while studying.

Musicians from all over the world flock to Alfa Jazz, and many of them are well acquainted with each other. Others, just starting out, relish the chance to meet their idols. This creates an incredible festival atmosphere in any city, where fans of one art form or another congregate.Only at a festival like this could you see Svyatoslav Vokarchuk in the iconic Lviv beer restaurant, at a 2 am jam session, kneeling in front of his beloved performer and singing the famous jazz standard, Summtertime.

And it’s not just about the amazing musicians and the sophisticated festival audience. To create an A class festival of this scale, it is necessary to fill it not only with specialized (in this case – jazz) content, but also equally interesting musical events: jam sessions, autograph sessions, fashion shows and master classes. And, of course, the main thing is to create an atmosphere of joy and happiness which permeates the city. The Organizers of the Alfa Jazz Fest succeeded beyond their wildest expectations. Alexei Kogan, the ideologist and organizer of the festival, says: “At the fourth festival, the world’s number one jazz channel – Mezzo, became interested in us and now broadcasts Alfa Jazz concerts. On the main jazz portal, All About Jazz, they recently had 5 pages of material about the festival.” This is an excellent result. With this festival, Lviv is finally on the jazz map of the world.