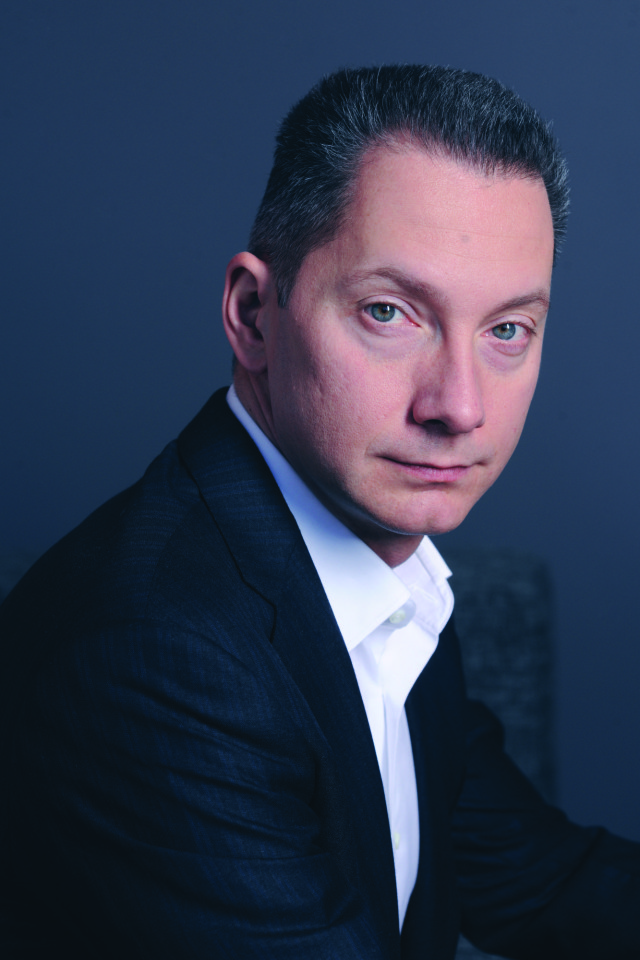 A former journalist and media mogul in his own right, Boris Lozhkin is the powerful and unusually discreet head of Petro Poroshenko’s presidential administration. Known for being a canny operator who had preferred to keep out of the limelight, he has only rarely given interviews, and the recent prominence of his public profile represents a real shift. This conversation took place between Lozhkin and the publisher of People.ua, Oleksandr Suslenskyi. It originally appeared in Russian in that magazine. The conversation was conducted before the final composition of Prime Minister Volodymyr Groysman’s cabinet was announced on April 14th, 2016, a fact which is reflected in the tenor of some of Lozhkin’s comments. He himself was rumored to have been offered the job. It also took place after Lozhkin published, his recent book on Ukrainian politics. In his speech at the book’s presentation, Lozhkin stated that “working on the book gave me an opportunity to look beyond the horizon, it allowed me to clearly understand what has already been done and what still needs to be done to make our country into a successful European nation’’.

Oleksandr Suslenskyi: Boris, how was the idea for the book born, and what was the main goal you set for yourself in writing it?

Boris Lozhkin: During my first year of serving in the presidential administration, I participated in many discussions about Ukraine, its strategy and the reforms necessary for building a European country on par with other EU nations. By the end of that first year, I had gained knowledge and experience that I can, without hesitating, call indispensable and unique. I felt a need to share this knowledge – and that is how the idea for the book came about.

The book’s main purpose is to answer the question stated in its own subheading: why does Europe need Ukraine, and why does Ukraine need Europe? The book deals with the idea that Ukraine not only should, but must be a participant in European affairs. Our country cannot become a failed state. It is not the source of Europe’s problems, on the contrary, it contains the solutions to many of them. I want to prove that Ukraine has a future, to show my personal vision of that future, and to explain what exactly is being done (and remains to be done) to make this future a reality.

OS: In your opinion, what possible role could your book play in today’s society?

Boris Lozhkin: First and foremost, I want to initiate a sincere conversation about the radical transformation Ukraine is undergoing right now. This is an invitation to discuss both government and society. I believe that Ukraine is ready for a new social contract – something we need drastically.

We must reassess the role government plays in society, the role business plays in society, the role citizens play in society – we must find a balance which takes into account everybody’s interests. As of today, I believe that this balance is disrupted in Ukraine, and this is a big reason for the turbulence the country is going through. I would say that the main goal of the “Fourth Republic” is building a modern government and powerful economy, as well as securing the consolidation and continued functioning of Ukrainian democracy.

OS: The book was written with the participation of the journalist Vladimir Fedorin…

BL: I believe that Vladimir is one of the best editors in Ukraine. He is a great journalist, although he definitely considers himself more of an editor. On the one hand, he is a person with very liberal views; on the other, I think he is nevertheless a realist. He tries to establish a realistic structure, to find systems which actually work instead of participating in fault finding without suggesting any sort of concrete solutions – something which is unfortunately very prevalent today with radically-minded people. The book has been published, and I hope that it will foster a healthy discussion of ideas, not of personalities. Volodya and I share this hope.

OS: Has there already been criticism?

BL: Criticism is more important to us right now than any possible compliment.

OS: Over the past two years, life in this country has changed drastically. What lessons have you personally been able to extract from this difficult period?

BL: I learned how to multitask better, how to fill every day, hour, and even minute simultaneously. To retain an enormous number of goals, sometimes contradictory ones, in my mind and somehow find a way to achieve every one of them. This period was truly the most difficult in my life, both for myself and my family – and during this time I also began to appreciate them more. I realized that, regretfully, I had not made very much time for them during those two years.

OS: What is your appraisal of the work that has been done over this period?

BL: Our foremost achievement has been maintaining the country even at the level of cohesion it has now, because in 2014 we faced the significant risk of the destruction of Ukraine. We have been able to hold the government apparatus together, albeit with a lot of struggle and pain. I can’t say that right now we have a very “responsive” government, but at least the apparatus itself has been preserved. In the span of the months of August to September 2014 one could often hear talk of how Russia has given us an “expiration date” of no later than November or December. The next phase came in the spring of 2015, but, as we can clearly see now, our detractors have not achieved very much. We have been able to launch a series of reforms, some of which were successfully carried out.

OS: Still, the opinion that nothing is changing can be heard frequently today.

BL: Nevertheless, things are changing. The problem is elsewhere: there is a very high threshold of expectation. And I understand this well, I myself tend to place high expectations on others and on myself. If you were to ask me wether  I satisfied with what the government has achieved during this time, my answer would be a resounding “No!” But when comparing Ukraine now with Ukraine two years ago, it is impossible not to notice the significant difference. Starting with the complete overhaul of anti-corruption legislation which is set to go into action and start producing results soon, all the way to the National Bank reforms through which over 80 banks associated with illegal or dubious operations have been eliminated from the market. This had to be done – that is the way banks in the European Union treat these issues. I believe that the team in charge of conducting the bank reforms is one of our most efficient teams. You know, as they say, good deeds are soon forgotten.

OS: What about the exchange restrictions? It would be hard to call this a reform.

BL: I have discussed this issue with the head of the National Bank several times. I believe that if the exchange restrictions are not lifted in a sufficiently brief period of time, then economic progress ceases being a possibility, to say nothing of foreign investments.

The situation in 2014 was that Ukraine simply had no money. There was no opportunity to attract any investments, the only opportunity was the IMF and consequently, everything that comes with dealing with the IMF. The IMF, as a condition of their cooperation, imposes certain restrictions. We have moved past this low point – now we must find a way out of this situation.

OS: Currently, the political crisis connected to the formation of a new Cabinet of Ministers is ongoing in the country. Speaking generally, what has to happen in Ukrainian politics, in order for the plans and reforms meant to bring the country closer to Europe to be implemented sooner – and also to make sure that they are received well in the society?

BL: We need to strive towards transparency in government and political competition, towards the possibility of an open competition of ideas and political forces. Only then will Ukraine be able to walk the path that other countries in Central Europe have walked. Think of Poland, for example. In the 1990’s, it passed through a very difficult political struggle – a struggle that in some ways persists to this day.

We are still embroiled in the process. It is of utmost importance for us to have strategically sound decisions which are also realistically implementable. It is also quite obvious that the reforms be accelerated. I am hopeful that after the new Cabinet of Ministers is formed we will be able to implement a rate of reforms which will be consistent with the public’s desires and expectations.