Throughout the former Soviet Union, Odessa is considered the capital of humor. It’s unclear exactly how this came to be, but most people who have encountered Odessa locals will note their cheerful nature and original sense of humor. Perhapsit is the southern temperament, or the motley national mix of this city in which Ukrainians, Russians, Jews, Moldavians, Greeks, Armenians and Georgians live alongside each other. This melting pot environment is what created a specific Odessan subculture, with its own slang and a uniquely ironic worldview. Staples of Odessa humor are aphorisms from the Odessan Privoz market, elements from Jewish culture, a unique jargon and conversational style. Odessa has given the world a great number of talented humorists: writers and screenwriters, actors and showmen. 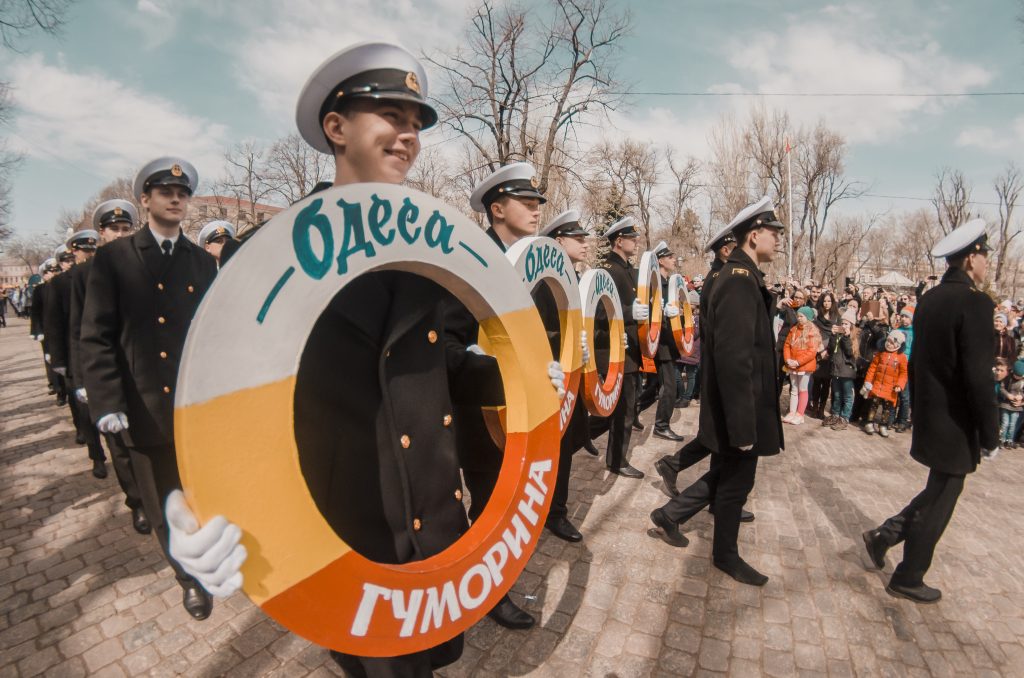 In an Odessa market:
– Tell me, is your fish
fresh?
– Well, of course! Look,
the fisherman hasn’t even sobered up yet.

Ordinary Odessites usually don’t flaunt their sense of humor, since for them it is simply a part of daily life and conversation. However, outside the city limits, Odessa’s unique sense of humor enjoys wide popularity. This results in a small tragedy for the ordinary Odessite – if he leaves Odessa and ends up in mixed company, everyone seems to believe that  meeting an Odessa citizen is a free ticket to an evening comedy. The Odessite is festively sat down on a chair, people gather around and wait for him to deliver a joke – regardless of whether he wants to, or even if he considers himself a funny person. In this way, the city’s glory sometimes plays a mean joke on its residents. Of course, there are also Odessites who embrace this and turn comedy into their profession – usually, Odessan youth with a comic leaning starts by participating in the KVN games.