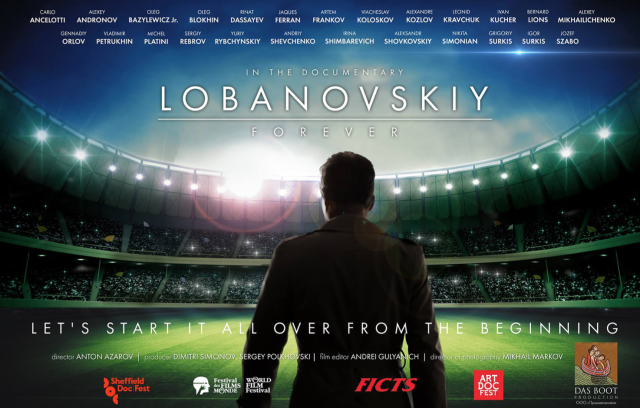 “Lobanovskiy Forever” is a documentary about the legendary FC Dynamo Kyiv coach Valeriy Lobanovskiy, who was the first in the history of Soviet sport to lead his soccer club to win a European trophy. The film is based on national and foreign archive film materials, as well as commentary and recollections of Lobanovskiy’s contemporaries: athletes, coaches, journalists, agents, fans, opponents and even Ukrainian and foreign presidents.

In theaters throughout Ukraine starting December 1.

More information about the documentary at http://www.lobanovskiyfilm.com/.