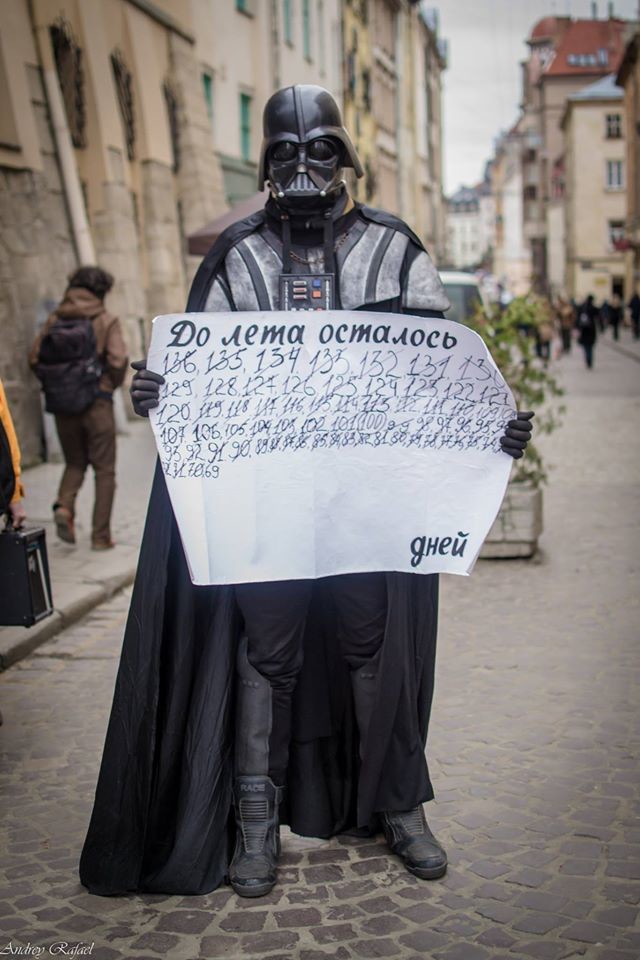 Odessa is a summer city, so it comes as no surprise that Odessites tend to struggle through the winter months. Winter 2015-16 was particularly severe, with extreme snow conditions and an absence of snow-clearing services making it very difficult to navigate the city. Instead, Odessites had to arm themselves with shovels and dug themselves out of the snow, all the while moaning about the weather.

In the middle of the winter gloom, Odessa photographer Andrey Raphael began publishing photos on his Instagram account under the title ‘It Will Be Sunny Soon.’ He also began an online countdown to the hotly anticipated start of the Odessa summer season.
Thus began the project #вОжиданииЛета_WaitingForTheSummer, which kicked off on 17 January. Yesterday, the counter reached 68 days – the halfway mark since the countdown began.

Initially, Andrey photographed ordinary passersby for his project. He then began to include famous Odessites including musician Felix Shinder, celebrity chef Andrey Dromov of Budapest restaurant, World Club of Odessites Director Elena Pavlova, and the team from the popular ‘Reporter’ TV show. Inevitably, Darth Vader and Minion got involved in the fun.
As the countdown to summer continues, we expect more warmth and laughs from the #WeAreWaitingForSummer project.

After all, the sun always shines in Odessa, even when skies are grey!