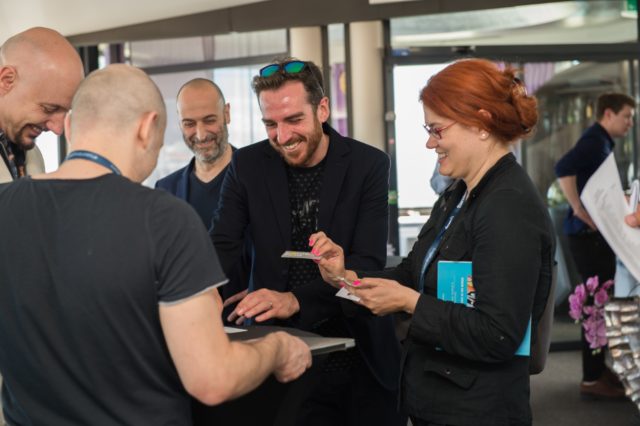 The Cannes Film Festival, which takes place annually in the south of France, is often criticized as an elite gathering riddled with starlets and scandals, entirely devoted to the unserious business of glitz and glamour. This characterization is not entirely incorrect and the opulent curtain does tend to overshadow the important market portion of the festival as well as the international platform that it offers for young and lesser known filmmakers. The Ukrainian film industry has had a mixed record over the years, but it recently experienced a significant triumph with Myroslav Slaboshpytski’s critically acclaimed The Tribe, garnering worldwide attention. It was an exceptionally-shot film centering on a boarding school for deaf young people immersed in crime. Slaboshpytski’s film won the Nespresso Grand Prize, the France 4 Visionary Award and the Gan Foundation Support for Distribution Award in the 2014 Cannes Film Festival’s International Critics’ Week.

This year the Ukrainian film industry did experience several stand-out moments at Cannes 2016, and many Ukrainian film insiders consider this Cannes festival to have been the nation’s most successful since the beginning of hostilities with Russia in early 2014. One of the most promising examples of success was in the Ukrainian national pavilion, which featured screenings of 20 Ukrainian short films made over the last two years. The pavilion was organized by the State Film Agency of Ukraine along with Kyiv’s International “Molodist” (Youth) Film Festival. While none of the Ukrainian films were part of the official Cannes selections, the pavilion received over a thousand visitors from the international film community. The documentary “Chernobyl, Zone of the Future” and the historical drama “Alive” especially held the attention of the pavilion’s visitors.

In the Festival film market, several screenings of Ukrainian films proved to be another rewarding opportunity to present Ukraine’s recent film production. “My Grandmother Fanny Kaplan” by filmmaker Alyona Demyaneko was this year’s highest profile entry. The film is based on the life of Odessa-born Fanny Kaplan (portrayed by Odessa native Katya Molchanova), one of the many people who was accused of attempting to assassinate Vladimir Lenin during the early years of the Soviet Union. The biopic starkly represents the woman’s short and brutally difficult life. The other Ukrainian films at the Cannes’ film market included “The Nest of the Turtledove” by Tatrras Tkachenko, the animated film “Mykita Kozhemyaka” by Manuka Dipoena, “Hetman” by Valeria Yamburgkogo, and “Now I’m Gonna Love You” by Roman Shirman.

Another triumph for Ukrainian film was the ScripTeast (an annual award designed specifically for Eastern and Central European screenwriters) going to Ukrainian Marysia Nikityuk for her film “When Trees Are Falling”. The film is currently in production and will be expected in 2017. Nikityuk has also previously participated in the Odessa International Film Festival. This particular project has been financially funded by the Ukrainian state and the ScripTeast prize of 10,000 Euros.

Films were not the only way that the Ukrainian film community exhibited themselves at this international festival. The Odessa International Film Festival hosted a stylish cocktail party and presented trailers for some films that will be screened at the festival in July. Molodist also hosted its own celebratory reception for their guests. The parties’ attendees represented many groups from the Ukrainian film industry, as well as their foreign supporters.

Also notable is the fact that some of Ukraine’s wealthiest citizens have realized their film industry’s potential in the south of France and made sure to participate at Cannes. Alexander Rodnyansky, a successful Ukrainian producer (most notably for his work on 2014’s Leviathan), was a jury member for the Caméra d’or competition. Prominent businessman and philanthropist Igor Iankovskyi also sponsored business lunches and workshops for Ukrainian film makers. Indeed, Cannes upholds its glamorous image so well, that outsiders may not always have an opportunity to hear about the various collaborative meetings, charity events and development programs that it offers to further the development of young filmmakers.

Katya Maslova is the Assistant Editor at The Odessa Review.