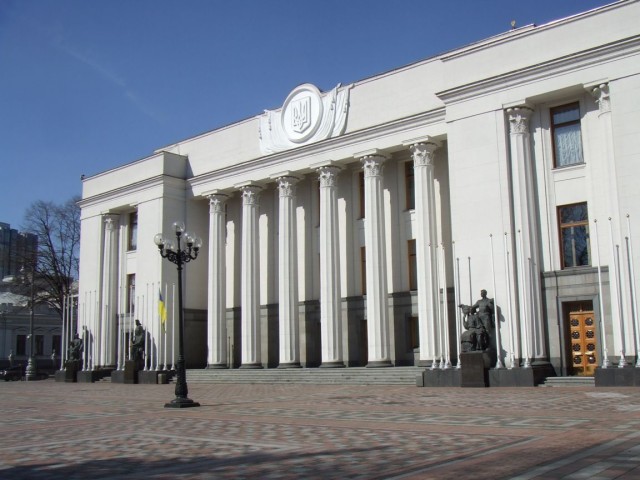 It is universally known that​ from the time of independence onward Ukraine ​​has suffered from an inefficient regional administration system. This legacy of communist centralization results in giving too much power and money to distant authorities in Kyiv. All sort of negative social outcomes emanate from this over centralization, which ensures abuses based on political and financial dependence on Kyiv. Reform is badly needed in order to delegate administrative powers, financial resources, and political competency to elected local councils who are better positioned to make decisions on everyday issues than faraway Kyiv is. Many small fragmentary communities, which do not produce enough tax money to warrant independent administration need to be forged into functioning amalgamated communities.

​Decentralization reform first began in the beginning of 2015 and has proved itself to be very effective, garnering results and offering hope for more in the near future. Through the mechanism of voluntary amalgamation of communities, 184 amalgamated territorial communities have been formed so far and have elected community councils. Elections of community councils will be held in another 184 amalgamated communities in December 2016. Those newly-established communities received additional financial resources and powers — community budgets keep 60% of individual income tax, land tax, single tax, and excise tax. They also have been granted ample powers to establish local taxes and duties. As a result of fiscal decentralization, in the first half of 2016 the budget revenues of the amalgamated territorial communities increased by more than 3 times in comparison with the first half of 2015 (from 418 million UAH or 15,4 million EUR to 1,324 billion UAH or 48,67 million EUR).

However, on the eve of Local Self-Governance Day (which is celebrated in Ukraine on December 7) the Verkhovna Rada made a rather unpleasant gift to local communities all over the nation with it’s cynical failure to adopt a number of crucial bills. The bills, aimed at the facilitation of​ ​FURTHER decentralization and of local self-governance reform have been long stalled in parliament.

In order to ensure further progress of the reform, during the plenary week of December 6-9 MPs were supposed to adopt in full a number of “non-political” or rather ”technical” bills:

The first worrying sign came on Monday, December 5 when the Conciliatory Council removed Bill No. 2489 from the Rada’s weekly agenda.

At the plenary meeting of December 6, the Rada killed bill No. 4676 by failing to adopt it in full or even to send it for a repeated second reading. The consideration of the bill was  instead turned into a political performance with the representatives of Radical Party, Batkivshchyna and Opposition Bloc expressing populist arguments that had nothing to do with the substance of the bill. The Samomopich (Self-Help) political faction neither took part in the discussions nor participated in voting for the bill. However, even those factions that supported the bill (The president’s Petro Poroshenko Bloc​​ ​for example) did not give the bill most of their votes, which is ample proof of the low priority of decentralization for the President’s reforms agenda.

The day’s vote results for the bill are following:

Rada Speaker Andriy Parubiy tried to rescue the bill several times by proposing to send it for an additional second reading, but MPs gave a maximum of 220 votes for this idea, 6 short of a needed majority. After that failure, consideration of two other decentralization bills (Nos. 4772 and 4773) were also consequently postponed.

What the vote indicates is that most opposition parties are very interested in early elections and that they may continue to block successful reforms to avoid giving the government any approval rate boosting victories. The lack results on this issue will of course be felt most keenly by average Ukrainians. The government on the other hand may be indifferent or passive enough to not bother putting pressure on parliament over this issue — ​which would in itself also be proof of a lack of interest in substantive reforms.

By preventing local communities from benefiting from the internal dimension of decentralization, the Rada’s decision to block this reform further puts off the opportunity for the foreign financial and technical assistance in helping the country decentralize. Without pressure from civil society, international partners and governmental reformers there seems to be ​HIGH chance that reform will ​stall ​by ​the end of the year. Sadly, Ukrainians can’t afford to lose​ time​ with what would be one of the most effective reforms that the country could make.