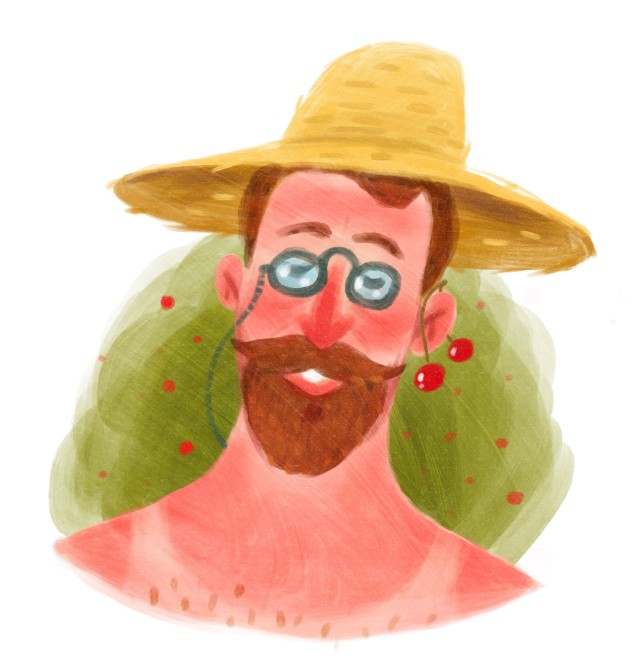 When Spring truly arrives in Odessa, sometime in April or May, many Odessites suddenly recall that they have a “dacha.” A “dacha” is a summer home outside of the city, or a residence used for weekend getaways. One hundred years ago, only the wealthy could afford them, but today dachas are attainable for a lot of residents, with many properties located in and around Odessa. Some spend their time at the dacha engaged in gardening. Others simply relax and enjoy a break from city life, bathing in the Black Sea or its estuaries, making barbecue and drinking wine. Odessan dachas often possess unique architectural or cultural value — in some cases, both.

The Russian word “dacha” comes from the verb “davat” — “to give.” It is believed that the first dacha appeared in Russia at the beginning of the 18th Century, during the reign of Peter the 1st. The Tsar “gave,” or “daval,” estates to those close to him, as a reward for their service to the state. By the 19th Century, dachas were fashionable in the Russian Empire, and they were widely built or rented for the summer. Summer life on the dacha became a routine practice for aristocracy and the middle class — a custom vividly manifested in the literature and art of the period. The prosperous residents of Odessa, which at the time was part of the Russian Empire, were also eagerly acquiring dachas. Odessa’s dachas benefitted from a wonderful natural setting: the city is located on the Black Sea, and so the once deserted territory bordering the residential areas was being populated with beautiful and stately homes in a classical style. Entire “dacha neighborhoods” appeared around Odessa, like the modern-day Frantsuzky Boulevard and Velykyy Fontan (in modern day situated within the city limits).

As in Saint Petersburg and Moscow, the dachas of the Odessan intelligentsia often became informal hubs of cultural life. Ivan Bunin, Aleksandr Kuprin and Anton Chekhov all spent time at Odessan dachas. There, in the seclusion of their country homes, Isaac Babel and Konstantin Paustovsky wrote their stories, along with many other writers, poets and artists who created their works while at the dacha. Interestingly, it is widely believed that the the inspiration for Anton Chekhov’s famous play “The Cherry Orchard” came from the sale of a noble estate on Torhova Street, which at the time was located on the outskirts of the city. Chekhov’s acquaintance, Olga Vasilyeva, inherited an estate with an orchard — she is represented by Anya in the play. Vasilyeva met Chekhov in Nice; it is even said that she was in love with him. From their correspondence it is evident that they maintained a close relationship; also, Vasilyeva translated the stories of the Russian author into English. In 1900, Olga inherited her dacha, and Chekhov, who had been to Odessa several times, wrote her a letter advising how much money one might expect from the sale of a home with a cherry orchard. There is further evidence to suggest that Vasilyeva and her dacha served as the story’s inspiration. For example, Olga wrote to Anton Pavlovich that she experienced a ride in a hot-air balloon in Paris, an event which is recounted in “The Cherry Orchard.” Additionally, Ivan Bunin wrote about the play, “…nowhere in Russia could you find an orchard entirely of cherry trees.” There were such orchards in Ukraine, however. The play was completed in 1903, the same year that Olga married and became Olga Mileant. Chekhov died in 1904.

Of course, dacha life in Odessa continued after the revolution, becoming more of a mass phenomenon. In the Soviet Union in the middle of the 20th Century, plots of around 600-800 square meters were distributed to residents of the city, on which they were allowed to build summer homes no higher than one story. At the dachas, Odessites tended to vegetable gardens that helped many people survive in conditions of food shortages. The most prestigious dachas in Odessa continued to be those on the seashore. There is little land there, and it’s less suited for growing fruits and vegetables, so these dachas were intended mainly for leisure. The legacy of the dacha life is a special world, with its own lifestyle, traditions and language. To immerse yourself in the atmosphere of the Odessan dacha, you should read Konstantin Paustovsky’s book “The Time of Great Expectations,” about his meetings with Isaac Babel in 1921 at a dacha on Velykyy Fontan. Or, listen to the audio-book narrated by the well-known Odessan humorist Mikhail Zhvanetsky, “Odessan Dachas.”

Of course, the best option is to befriend a local and visit an authentic Odessan dacha to enjoy shashlik and wine. You may end up drinking beer and eating smoked fish instead, but that’s not essential — good company and an unforgettable experience are guaranteed. And if you were to record all of these “Odessan conversations” at the dacha, you would have material for your very own book or screenplay!