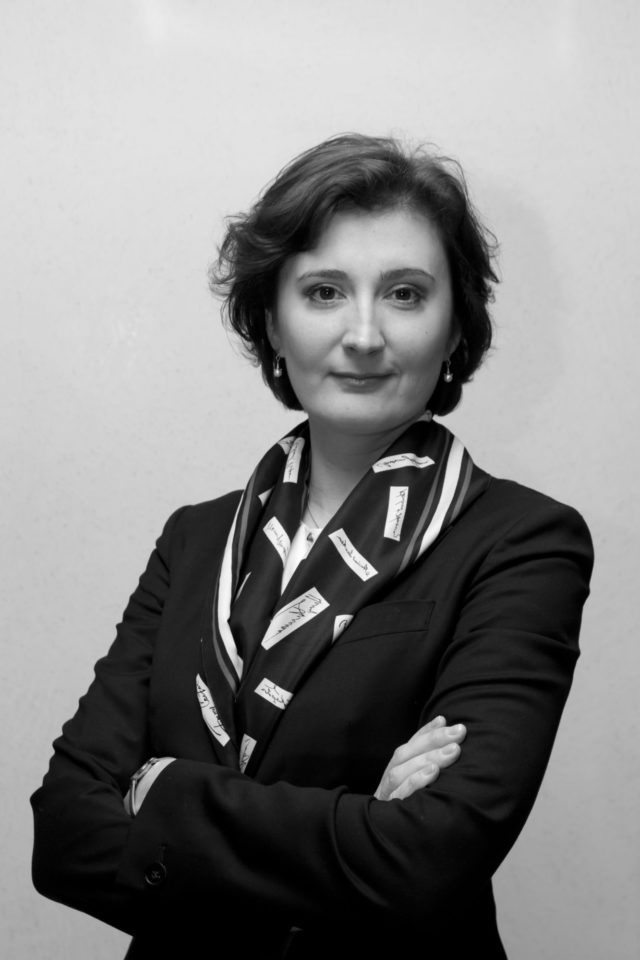 An extended conflict over the leadership position of Ukraine’s preeminent art institution has opened up a vigorous debate on the issue of corruption. This article first appeared in a slightly different version in The Atlantic Council’s New Atlanticist publication.

During his July 7 visit to Kyiv, Secretary of State John Kerry announced that the United States would pour an additional $23 million in aid into Ukraine. Radiating sincerity, President Petro Poroshenko said this decision was a “vivid reflection of a deep trust that the United States has for Ukraine” as well as Ukraine’s “commitment to reforms.” Yet Ukraine’s reforms, particularly those addressing corruption, still have a long way to go. That was graphically illustrated by a small scandal simultaneously occurring in one of the country’s cultural institutions.

As high state officials exchanged pleasantries, the presidential Administrative and Logistical Support Department (its Ukrainian acronym is DUS) began selecting a new director for Art Arsenal, Ukraine’s most significant and successful cultural center. This trivial episode could have easily gone unnoticed, had it not triggered a wide debate on whether the appointment of a new art manager in Kyiv was yet another indication of the country’s political graft and corruption.

Opened by President Victor Yushchenko in 2008, Art Arsenal stands as a symbol of Ukraine’s cultural revival and national identity. When Natalia Zabolotna was appointed its director, the former military factory was nothing but an empty space crowded with piles of industrial debris. Wasting no time, Zabolotna rolled up her sleeves, cleaned up the ruins, and kicked off what Newsweek later called “Ukraine’s contemporary art revolution.”

In 2011, The Day newspaper named Zabolotna it’s “Person of the Year”. Since then, she was regularly ranked the most successful art manager in Ukraine. Art Arsenal hosted more than sixty high caliber projects and exhibitions, attracting millions of visitors who queued in long lines to see masterpieces by artists such as Kateryna Bilokur, Maria Pryimachenko, and Kazimir Malevich.

As a civic activist, Zabolotna worked on cultural reforms and drafted legislative proposals to increase state cultural funding based on the UK’s Heritage Lottery Fund model. In short, she proved to be an independent, talented, and charismatic woman—something that Ukraine’s male-dominated political establishment does not easily tolerate.

Despite her outstanding performance, the DUS refused to renew Zabolotna’s contract in May of this year, offering no official explanation. Unofficially, it was known that she had protested against the idea of increasing the Arsenal’s revenues by building business centers, shopping malls, and other leisure-time entertainments on its ten-hectare territory, which is located across from an eleventh century national heritage site.

Outraged, Ukraine’s artists, civil society actors, and international partners stood up in protest. The “I support Art Arsenal” initiative attracted hundreds of followers, all demanding transparency. President Poroshenko, whose ratings have been declining, asked the DUS to organize the position’s other candidates. Seven applications were submitted, but Zabolotna’s only real challenger was Olesya Ostrovska-Lyuta, a former manager of cultural projects for Rinat Akhmetov’s foundation and a former deputy culture minister. Known as an honest and professional expert, Ostrovska-Luyta has no experience managing large-scale art projects. Evgen Karas, founder of Kyiv’s Karas Gallery, noted that she “never demonstrated courage and dynamism,” and that her approach was “that of a balanced bureaucrat, who…skillfully juggled the terminology of planning for the sake of planning, not…tangible and reality-weighted results.”

Following the candidates’ interviews, Mirror Weekly reported that the president of the Ukraine 3000 Foundation, who was on the selection committee, voted for Ostrovka-Lyuta under pressure from the Poroshenko Bloc parliamentary faction.

Ostrovska-Lyuta was chosen for the position, but she published a statement the day after the interview acknowledging that manipulations took place and proposed the the competition be reopened. She wrote, “Having given it a second thought and having felt the weight of frustration, I must be honest and say that sometimes it is better to hold a repeat competition, than to carry this burden into the future.”

It remains to be seen whether the president and his subordinates, who masterfully turned the transparent competition into a farce, will take Ostrovska-Lyuta’s words seriously. What is clear, however, is that the Art Arsenal story was not about the arts, but about power, politics, money, and land. It also uncovered a much deeper problem often overlooked by foreign governments and donors: the long overdue need for reform of Ukraine’s state privileges.

Established by former President Leonid Kuchma to provide a variety of services to Ukrainians, the DUS has an annual budget of $50 million and supervises sixty state enterprises that serve staffers of the presidential administration, the Verkhovna Rada, the Cabinet of Ministers, and the National Security and Defense Council. These include special hospitals, apartments, state dachas, catering services, motor pools and aviation parks, even drug stores and beauty salons. But the agency is one of Ukraine’s most corrupt institutions. For example, Kuchma’s DUS director, Ihor Bakai, ended up as a fugitive in Russia. Yanukovych’s appointee, Andriy Kravets, embezzled DUS funds and then fled, but returned six months after the Euromaidan, apparently given security guarantees from the highest levels of goverment.

Poroshenko’s first director of the DUS, Serhiy Berezenko, is a native of Vinnytsia. After his election to the Rada, the position was inherited by his protégé, Serhiy Borzov, former manager of the Vinnytsia comedy club “The Vinnytsia Peppers,” which was rumored to be linked to Poroshenko’s charity fund. It is believed that Berezenko de-facto manages the DUS via Borzov. Ukrainian investigative journalists recently reported that Borzov is paid for his loyalty well. Having served the state for less than a year, last month he was given a 190-square meter apartment in downtown Kyiv worth $500,000.

Berezenko had plans to “improve” Arsenal’s territory from his first day in office. In interviews, he said he fancied “building a modern cultural hub on Arsenal’s territory modeled on the George Pompidou Center in Paris.” And he has nurtured partnerships with real estate developers and other businessmen who appear to have similar motives.

Yarema Kovaliv, then director of the Arricano Real Estate (the developer of huge shopping malls in Kyiv and Odesa), and Andriy Myrhorodsky, who is business partners with Andriy Kravets, also joined the Arsenal advisory council. In 2008, Myrhorodsky and Berezenko served on the Kyiv municipal council; the civic platform “The Forum of Kyiv Protection” found them involved in massive land grabs in Kyiv. Although Myrhorodskyi makes no secret of his ties to former DUS chief Kravets and Yanukovych’s family, Berezenko nonetheless is currently lobbying for him to serve as chief architect of Kyiv.

Two lessons can be drawn from the Art Arsenal saga. First and foremost, it is time to reduce the vulnerability of Ukraine’s cultural institutions and guarantee their independence from political influence. This is critically important for Ukraine’s democracy. Otherwise, Ukraine will be in line with post – Soviet autocracies like Azerbaijan, Russia, and Turkmenistan, where the arts are inseparable from the state and only further its propaganda interests. That is one reason why it is a bad idea to create a new Ukrainian Cultural Fund under First Lady Maryna Poroshenko’s patronage, as Culture Minister Yevhen Nishchuk recently proposed.

Second, the ardent fight for the Arsenal is a vivid demonstration that Ukraine’s civil society provides a powerful check on the government, and is still a real watchdog that is fighting to keep Ukraine on track. That’s something the US State Department should remember when it makes its next decision about providing financial support to Ukraine.

Kateryna Smagliy is the Director of the Kennan Institute’s Kyiv Office.