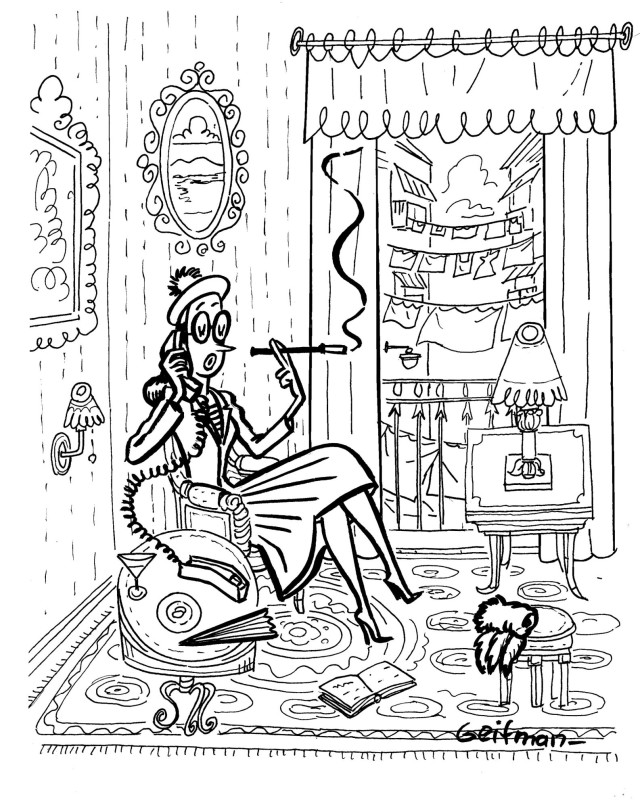 Once, at the dawn of Perestroika, I phoned the Odessa Intelligentsia.

“She’s been to Naples again!” – I thought and hung up.

A few seconds later, she called me back.

“Yes, I’ve been to Naples!” – she was almost screaming. “But it doesn’t mean that you can be rude to me! Besides, Italian is very like Russian, the same grammar structure. And it was the first official language of Odessa!”