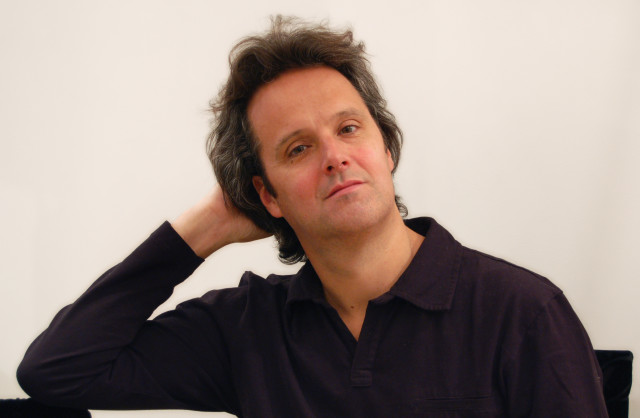 Odessa’s storied Philharmonic Orchestra is an excellent institution that is sustained by the energies of its charismatic American conductor Hobart Earle. Short on critical resources, its problems are emblematic of those facing all Ukrainian performing arts and cultural institutions. This article first appeared in a slightly different version in The Atlantic Council’s New Atlanticist publication.

In the last two years, it has become routine to acknowledge that the Maidan revolution unleashed torrents of creative energy in Ukraine. Myriad articles have been written about the ferment of cultural activity taking place across every discipline in every major city in the country. Yet while this is doubtless true of many aspects of contemporary and youth culture, classic cultural institutions and performing arts groups continue to face many of the same problems they have faced over the past twenty-five years. The overwhelming political and economic constraints aside, Ukraine has not systematically prioritized the promotion of its culture outside the borders of the nation as other advanced countries do.

It is critical to remember that the Ukrainian state is constrained by budget shortfalls and an austerity plan mandated by the IMF. Eliminating corruption, reforming the judicial system, securing the border, and raising living standards for millions of people are certainly the highest priorities in the short term. But the human spirit cannot survive on security alone. In the long term, the transmission and reproduction of elite and high culture is of utter importance and should be counted among the nation’s existential priorities.

The Odessa Philharmonic Orchestra is a fine institution as well as being a representative microcosm of the universally shared problems plaguing all of Ukraine’s elite performing arts institutions. While the Ukrainian Cinema and art sectors have their own unique problems (especially grave is that Parliament has not yet passed the law allowing for 30% tax rebates for foreign film production) all Ukrainian cultural institutions are constrained by similar problems with lack of capital, management issues and systematic corruption.

Led by Venezuelan born American conductor Hobart Earle for the entirety of its twenty-five years of post-Soviet existence, the orchestra routinely functions at the highest levels on exceedingly limited resources. The first Ukrainian orchestra to cross the Atlantic and the Equator, it continues to tour the world and perform upwards of sixty-five concerts a year at home, continually producing original programming. Though the dictum of “De gustibus non est disputandum” remains in unimpeachable effect in Ukraine as elsewhere, discerning observers of the Ukrainian cultural scene have often judged the OPO to be among the premiere if not the most singular performing arts institution in the whole country. No other orchestra in Ukraine routinely fields ten double basses on stage, as they did in the beginning of September for a wonderful rendition of Alexander Scriabin’s third symphony.

To Ukraine’s great credit, despite systematic financing issues, no national-level government-backed performing arts institution has ever folded since Ukraine’s independence day. However, Earle’s stewardship of a perennially underfunded orchestra is largely a testament to his administrative powers: it has survived this long without having been forced to make personnel cuts or having hemorrhaged staff. Ukraine’s federal budget does not provide for anything other than payroll, and like other cultural institutions, it is expected to make do and fend for itself. There are the occasional scares about budget cuts emanating from Kyiv; these are usually couched in the language of patriotism, calling for sacrifices in the name of defense.

Like many other concert halls and museums in the country, Odessa’s Philharmonic Hall is in dire need of restoration and repair. In the 90’s, Earle invited the renowned American acoustician Russell Johnson to appraise its quality. Johnson reported that “with full scale restoration, this hall can rival the major concert halls of Europe.” A remarkable building in a prime location, it has been the target of repeated instances of rent-seeking by those who have access to the authorities. A historical monument under the jurisdiction of the Odessa Region, half of the building has been appropriated and has served as a casino since 1993 (gambling is currently illegal in Ukraine), with the revenues passing to unknown parties shielded by officials at the highest levels of the Odessa Regional State Administration.

The collapse of the Soviet Union wrought catastrophic effects on cultural and performing arts institutions, whose work requires the mobilization of significant resources. A command economy was fairly apt at distributing costs and mobilizing economies of scale; during Soviet times, provincial orchestras could call on their colleagues in Moscow and receive precious sheet music free of charge. Needless to say, there is no one in Moscow who will do that today. Other Ukrainian orchestras will only waive the customarily hefty photocopy fees in exchange for sheet music they need themselves.

Another loss from Soviet times is the sharing of solo performers. Talented soloists would be circulated all around the Soviet Union as due process, making sure that even far flung orchestras in the periphery of the Soviet bloc had relatively equal access to the world-famous stars of the Soviet musical scene.

Like all of its Ukrainian contemporaries, the OPO’s touring of Europe and North America has always been funded by private money: cultural sponsors, private sponsorships, scattershot philanthropy, and concert presenters in the various countries. The Ukrainian government has no dedicated funding in its cultural budget for touring, and sending an entire orchestra abroad is a significant expenditure.

“We probably have more guest artists on an annual basis than any of the other national performing arts organizations,” Earle explained “but there is no funding for that from the federal budget. I use my reserve of good will and friendship in order to persuade people to come here and perform as guests. Pianists like Yefim Bronfman and Piotr Anderszewski, violinists like Sergey Krylov and Valeriy Sokolov have come here. There is a natural limit to how far that goes, however.”

At the same time, an organic tradition of connoisseurship by the aristocracy and educated elites was quashed by the Russian Revolution, and the generation that was born since the dissolution of the Soviet Union has not had enough time to replicate centuries of lost cultural capital. A much debated “Law on Philanthropy,” which would allow for Western-style contributions to cultural institutions, remains to be tabled for a vote in parliament. Nor does the tax code yet permit for the sorts of deductions that American cultural institutions depend on.

The OPO, like every other performing institution in the country, also has no endowment fund and no reserves for a rainy day, which Earle describes as a “revolutionary idea” for a Ukrainian cultural institution. However, if these were established, they would need to be created separately for individual organizations, as creating a single multi-purpose endowment fund for multiple cultural institutions would be an inefficient bureaucratic mess. It would also create many opportunities for gross misappropriation of funds.

Despite the nation’s constraints and penurious situation, a great deal remains to be done in order to ensure the continuation of Ukraine’s high culture. A society is represented by its cultural institutions and a great country unabashedly deserves at least one great philharmonic orchestra.