This iconic genre of Jewish folk music has an enormous cultural reach, but what exactly is it?

The sound is instantly recognizable to many: horns, clarinets, fiddles and accordions producing jaunty rhythms, melodies simultaneously reminiscent of both East and West and ornate instrumental flourishes. The name for this music is also distinctly familiar: klezmer. But fewer know the history of the genre.

The notion of “klezmer” music never existed in Yiddish. Today, however, the term is used to refer to both the traditional folk music of the Jews of Eastern European and to the musician who plays this music. What we call klezmer today was originally music intended for performance at weddings. So the klezmers were wedding musicians whose repertoires included a wide variety of material, from Jewish folk songs to Mendelssohn’s march.

Moses Beregovsky, a musicologist and researcher of Jewish folklore who collected a huge archive of Jewish music, wrote that 60% of his collection was instrumental music for listening, which was performed to achieve a strong emotional response. In other words, it was not music for entertainment.

The makes sense in the context of klezmer. In Jewish tradition, the wedding was a huge event that lasted a week and consisted of many ceremonies and rites. Klezmers played for all important representatives of the family and community. Sometimes, this meant putting on an enormous concert that lasted for hours. But not always, and the musicians had to be ready for all the possible emotional tones connected to the various rituals.

Such requirements helped to produce some truly gifted musicians One well-known klezmer, Michael-Yosef Guzikov, was famous for inventing and developing his own instrument, a hybrid of cymbals and xylophone. In the 19th century, Guzikov filled the concert halls in Kyiv, Odessa, Vienna, and Berlin. But his was one of the few cases when a klezmer hits the big theatrical stage.

Small-town Jews, as a rule, did not attend the opera. As a result, all the artistic expression of the people was concentrated in klezmer music, and these wedding concerts were part of a serious musical culture.

How to interpret this musical culture is another matter. There is a theory that this enormous layer of Jewish life has largely been misunderstood by historians and musicologists. At the end of the 19th century, amid a wave of pogroms and growing anti-Jewish sentiments, hundreds of thousands of Jews emigrated from Eastern Europe. Many came to America, where they began recording klezmer music on vinyl and adapting to the musical realities of their new home. Increasingly, klezmer mingled with American jazz. In other words, what we know as klezmer today has much less in common with its Eastern European ancestry than many think. And the klezmer revival, which began in the U.S. in the 1970’s, did not follow the standard that existed in Ukraine in the mid-19th century. Rather, it copied the standard that was recorded in New York at the beginning of the 20th century.

Whether you believe this theory or not, there is no denying that the 1970’s and 1980’s had a critical influence on this musical genre. During that time, the consolidated concept of klezmer music first arose and began to describe an enormous array of Jewish music that, in reality, crossed many different genres. That genre has continued to morph and adapt to this day.

Igor Polesitsky, a Kyiv-born American musician who performs klezmer, gave one of the best examples of klezmer’s adaptation: eventually American klezmer musicians began to feel that large ensembles — an American innovation — had passed their prime. They decided to go back to Eastern Europe, to villages in Romania or the Carpathians, to seek out people who remembered how Jews played their music before World War II. “They would go there and find musicians — usually gypsies — who would play something for them, and it would become a standard”, Polesitsky said.

And Frank London of the Klezmatics group described his impressions from the master classes he conducted in Russia: “I come here from America to teach the children from Russia songs that the Russian musicologist Moses Beregovsky once wrote in a Russian village”.

Of course, there’s nothing wrong with this. Music continually develops, and interpretation is the most important component of this process. This is especially true of klezmer.

Jewish musicians assimilated to the local cultural practices where they lived — whether that was the Carpathians, Bessarabia, Ukraine, or Romania. Now it is difficult to say who influenced whom more. Most likely, the influences were mutual. In the south, for example, a consonance of cultural preferences flourished between Jews and their neighbors, who actively interacted and often played music together at Jewish, Gypsy, Ukrainian, and Moldovan weddings without changing the repertoire or manner of performance.

History also played its part. In those regions of Ukraine and Belarus that fell under the jurisdiction of the Soviet government during the 20th century, Jews changed quite radically. They had to adapt to new cultural phenomena, often abandoning the accepted values of the Jewish people, which were expressed in specific forms of the klezmer tradition. Of the rich wedding repertoire, only the songs “Seven-forty” and “Hava Nagila” survived in the mind of the people.

However, no one doubts that klezmers exerted an enormous influence on other musical forms. This is most visibly manifested in the works of the great Jewish Odessan jazz singer Leonid Utyosov, one of the Soviet Union’s biggest music stars. The musical cultural of Odessa is itself a living example of klezmer’s long artistic reach. “Blatnaya” (“criminal”) songs — a genre broadly associated with Black Sea port — frequently borrow klezmer arrangements. In fact, criminal songs are likely the most popular Soviet genre to carry on the idea of Jewish music, albeit in a simplified form.

As in the past, intercultural contact continues to play a critical role in modern klezmer. The standard manner of playing klezmer is expressive and lively, with unexpected accelerations or tempo slows and improvisations. Frequently, musicians invoke what has come to be known as the “gypsy mode” (called “Hungarian style” throughout much of the world). Hungarian composer Franz Liszt frequently used this scale, especially in his “Hungarian Rhapsodies”, as did French composer Georges Bizet in his opera “Carmen”. This “gypsy mode” has also often appeared in the folk music of Poland and the Balkan countries. But who first discovered this scale? That remains an open question.

Such intercultural contact continues today in new and unexpected forms. Punk rock, once a new style associated with protest, is now an established genre. Almost any song can be performed as punk. Recently, ragged Balkan country music with a punk flair has won the hearts of European and Ukrainian music lovers. As a result, a number of groups have emerged in Ukraine performing at the intersection of these and other genres.

One of the most important Ukrainian musical formations is the group “Perkalaba”. Its music blends numerous folk traditions: Carpathian, Hutsul, Balkan, ska, reggae and, yes, klezmer. Another example of a successful multi-genre band is Gogol Bordello, which calls itself a gypsy punk band. In fact, if Ukrainian-born lead singer Eugene Hutz didn’t declare the band gypsy, it would be difficult to pinpoint any one element in this eclectic fruit salad of Eastern European and Mediterranean musical traditions. But klezmer music has undoubtedly influenced Gogol Bordello.

Such a resurgence of klezmer’s influence is a positive sign. During the 20th century, pogroms, war, and the Holocaust all halted klezmer’s integration into broader European musical culture. But now klezmer has its own festivals, klezmer bands gather large audiences, and the genre has real, world-class stars. Even the major stars of avant garde jazz have taken part in cult musician John Zorn’s Radical Jewish Culture series, which fuses Jewish folk styles with jazz.

This all demonstrates one of klezmer’s main merits: its inconspicuous integration and assimilation into a boundless variety of styles.

Alexander Topilov is a music critic living in Odessa. 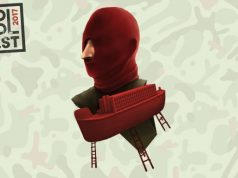 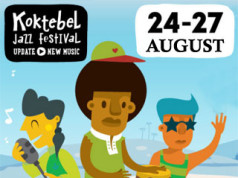